Sin City’s resident glamour booth photographer for over a decade!

Stemming from a longtime interest in historical relationships between night-life culture and visual art production, Michael (also known by the web-nickname “Atratus“) has been a photographer in the alternative nightclub scene for nearly 20 years and has run the Gothic BC website since 1998. He is passionate about documenting the intense creativity and variety of Vancouver’s “dark” subcultures in a positive and non-exploitative fashion. Gothic BC, featuring tens of thousands of pictures spanning decades, operates as the primary repository of this work. His photo-booth is considered by many to be an integral feature of Vancouver’s internationally famous Sin City Fetish Night since its inception in 2001 through to the present. 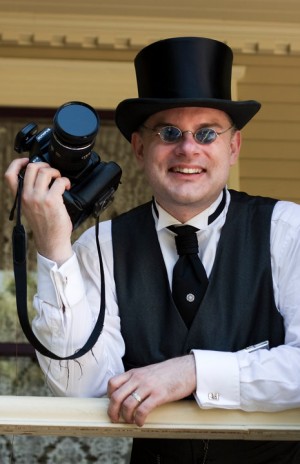 “Event portraiture is more than just photographing the face. Costume, spontaneity, and the spirit of the event are all important, too. I strive to make my individual photos the ones that people will fondly look back with years from now, and for the body of my work to capture the zeitgeist of Vancouver’s creative underground.” – Michael

While primarily focused on event portraiture and documentation Michael also does creative shoots with alternative fashion designers, models and make-up-artists; installation, artwork and object documentation with museums, art galleries and private collectors; concert and runway photography; as well as creative and traditional portraiture.

Michael’s photography has been featured on band websites and album/CD-insert art; used in magazine, newspaper, handbill and poster advertising; and published domestically and internationally. Michael’s paintings, drawings and photographs have sold to private collectors from Vancouver to New York.

Michael was born and raised in the city of Duncan on Vancouver Island. He began his formal, post-secondary art-education at Malaspina College in Nanaimo, B.C., later moving to Vancouver to attend Simon Fraser University and complete his B.A. in Visual Art. He currently holds a staff position with the University of British Columbia’s Morris and Helen Belkin Art Gallery as Graphics and Media Technician and Photographer. 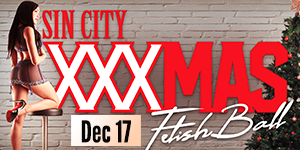 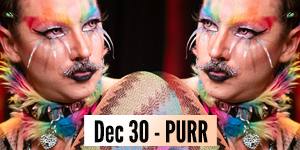