April 13 Charity To Benefit The Underwear Affair & The BC Cancer Foundation!

At the upcoming Carnival Of Kink party on April 13 at Sin City, all our charity proceeds will be going to The Underwear Affair, which benefits the BC Cancer Foundation! Please note that while we highly support this worthy cause, our affiliation with the Underwear Affair as a charity recipient does not mean that plain boxers or underwear will be considered acceptable fetish wear, nor will such outfits gain you entry to the Carnival Of Kink! All outfits, including underwear, must be styled either fetish or kinky! Boys – need some sexy undies? Head on over to Priape on Davie! And ladies, you have absolutely no excuse for any underwear that is lacking in the sexy department!

Plus any donation $10 or over receives a free spanking from our ultra sexy fund raiser flogger girls or boys, from a tickle to a beating, just how you like it. Give a little, get a little! There 50/50 usually draws anywhere from $100-200 dollars in donations to our charities of choice, as well as $100-200 in price money for the winner, so make sure and pony up at least $5 to enter! You gotta be in it to win it, and every dollar counts when it comes to the charities contributions back into the community. 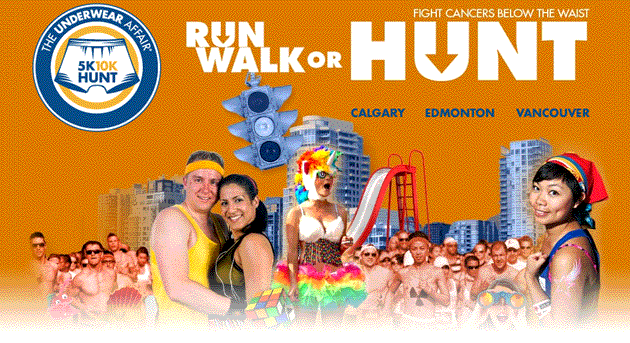